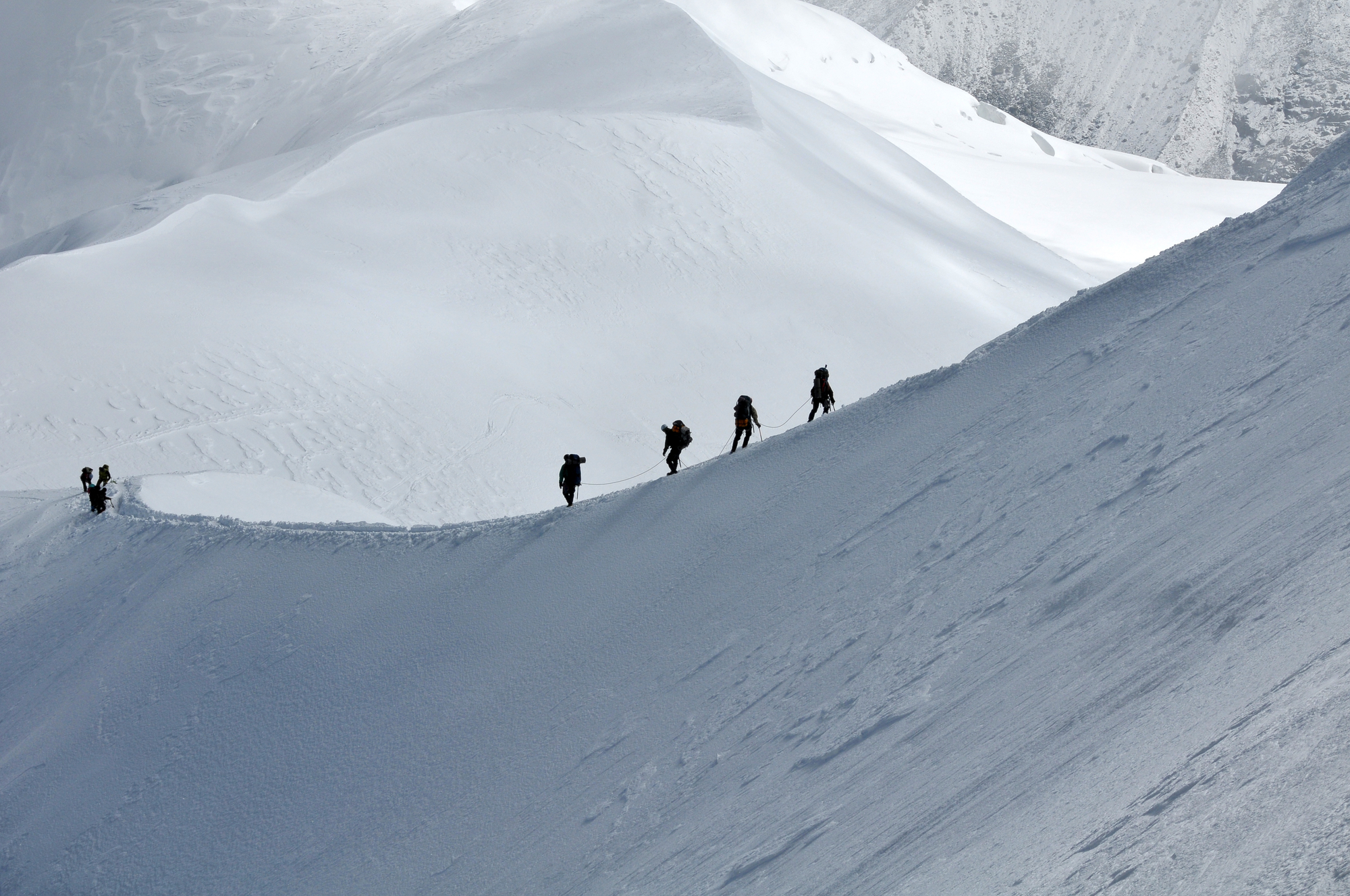 The last update on our FedRAMP story was shortly after we achieved our FedRAMP Ready designation. Since then, we have started moving toward the most difficult stage of all – the review.

Let us share with you how we got here.

The Weakest Link In Cloud Security Isn't What You Think 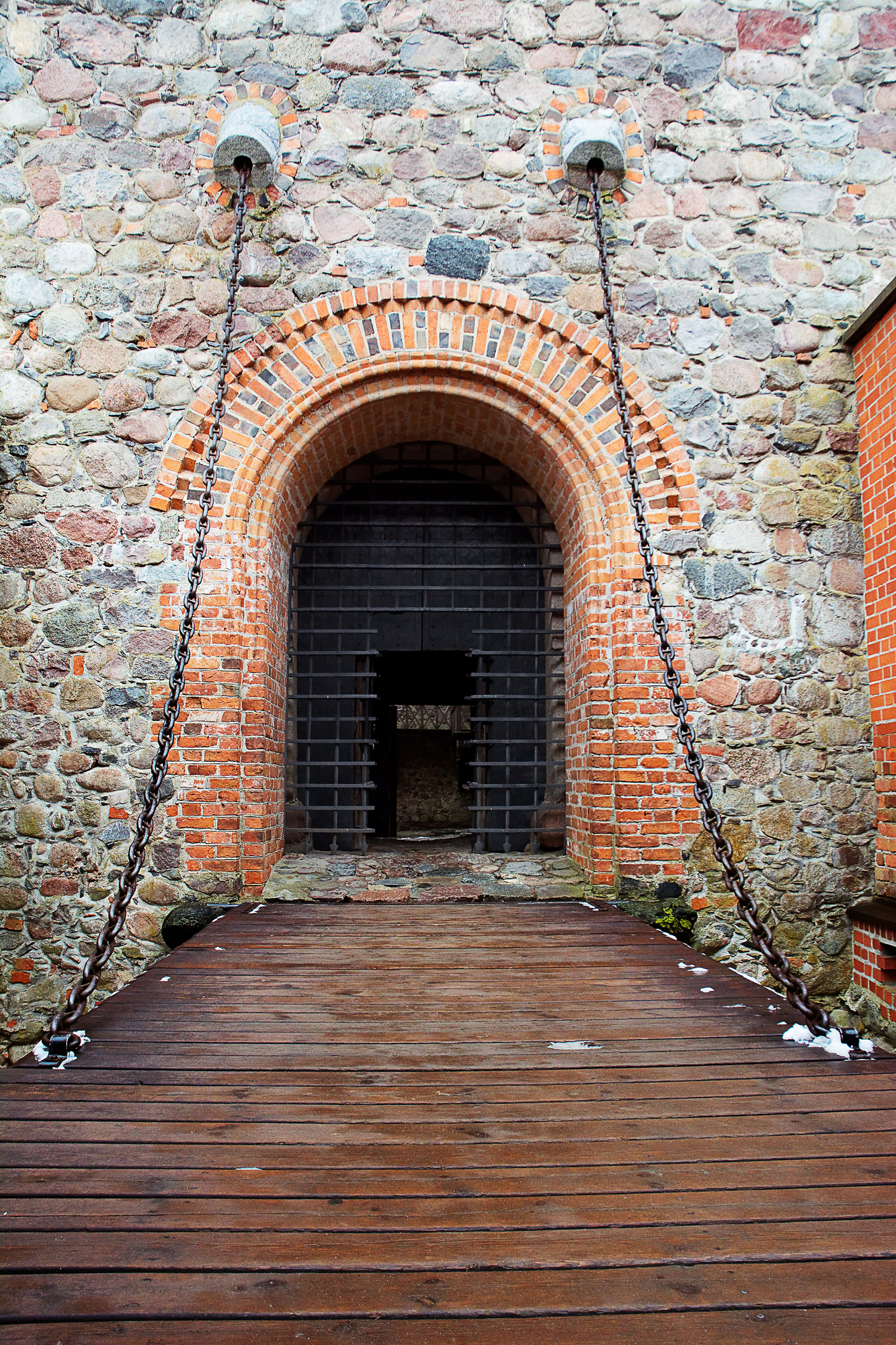 Following our first article on managing data locally vs. in the Cloud, we will address the biggest concern for many organizations: What is the weakest link in cloud privacy and security?

While this article summarizes the main ways data security is handled in the Cloud, you can get a very in-depth understanding of the topic from MS Azure and AWS (see end of article for helpful cloud information from the MS Azure, and AWS websites).

Managing Data Locally vs the Cloud 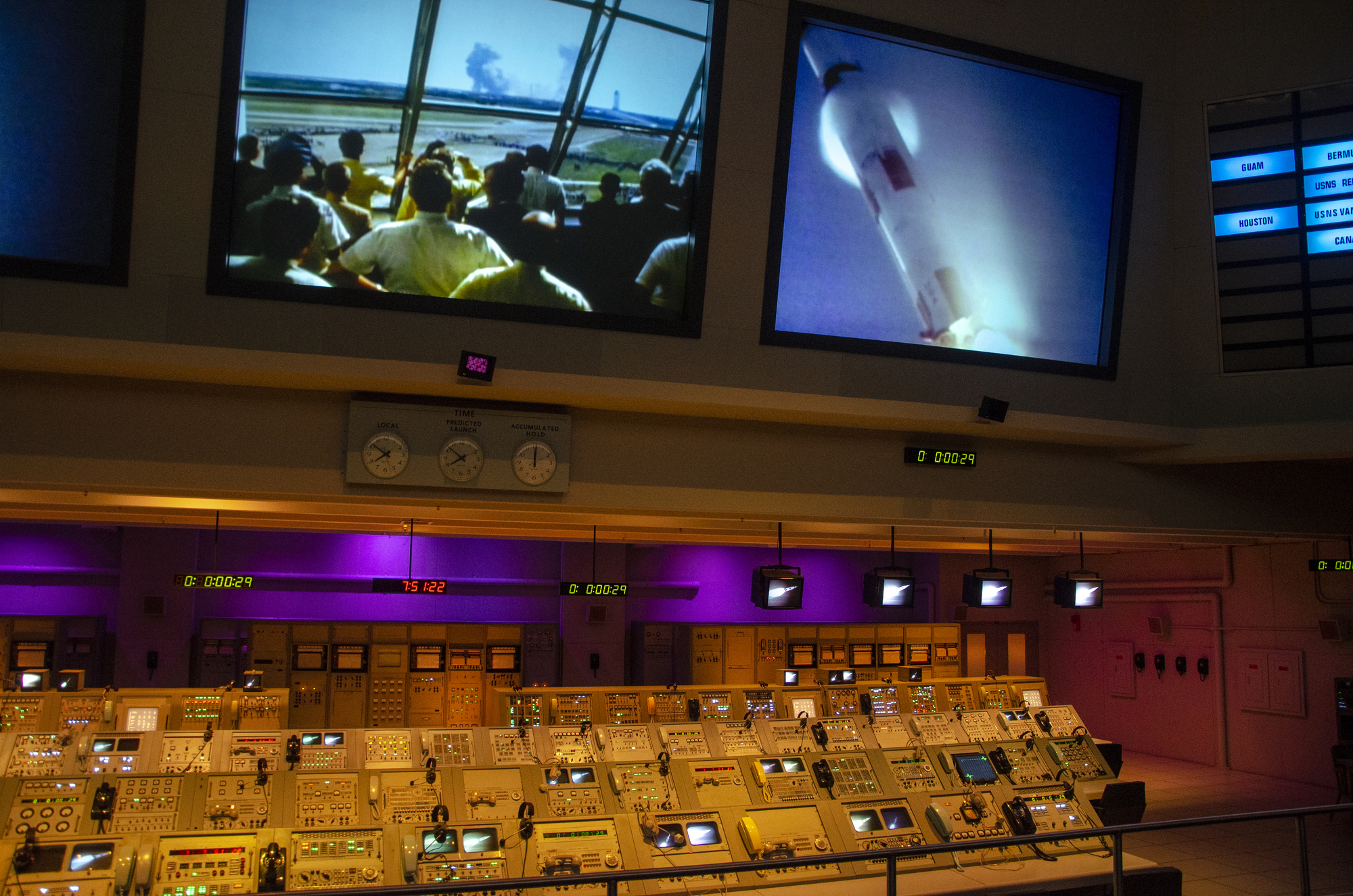 In those days if you wanted to save data, you did so on your own hard drive (25 years ago, a standard PC had 8MB RAM and a 1GB hard drive)! Where applicable, and usually as a necessity due to the limited size of drive storage, you also printed a hard copy of the data and stored that physical copy in a file cabinet somewhere.

As each year passed, technology steeply advanced and we began to see larger and larger digital storage capacity taking up a smaller and smaller physical footprint. Soon it became possible to save meaningful amounts of data on removable drives. At the same time, local networks were faster, making it possible to store data on local server.  For the first time, data was no longer local to a single machine or hard copies - we could now use a removable drive or local server to backup, share, collaborate, or transport data. For scale, Apple’s iPhone 11 contains more than one million times more memory and a hundred thousand times more processing power than that of the Apollo Guidance Computer on board when Apollo 11 landed on the moon in 1969. 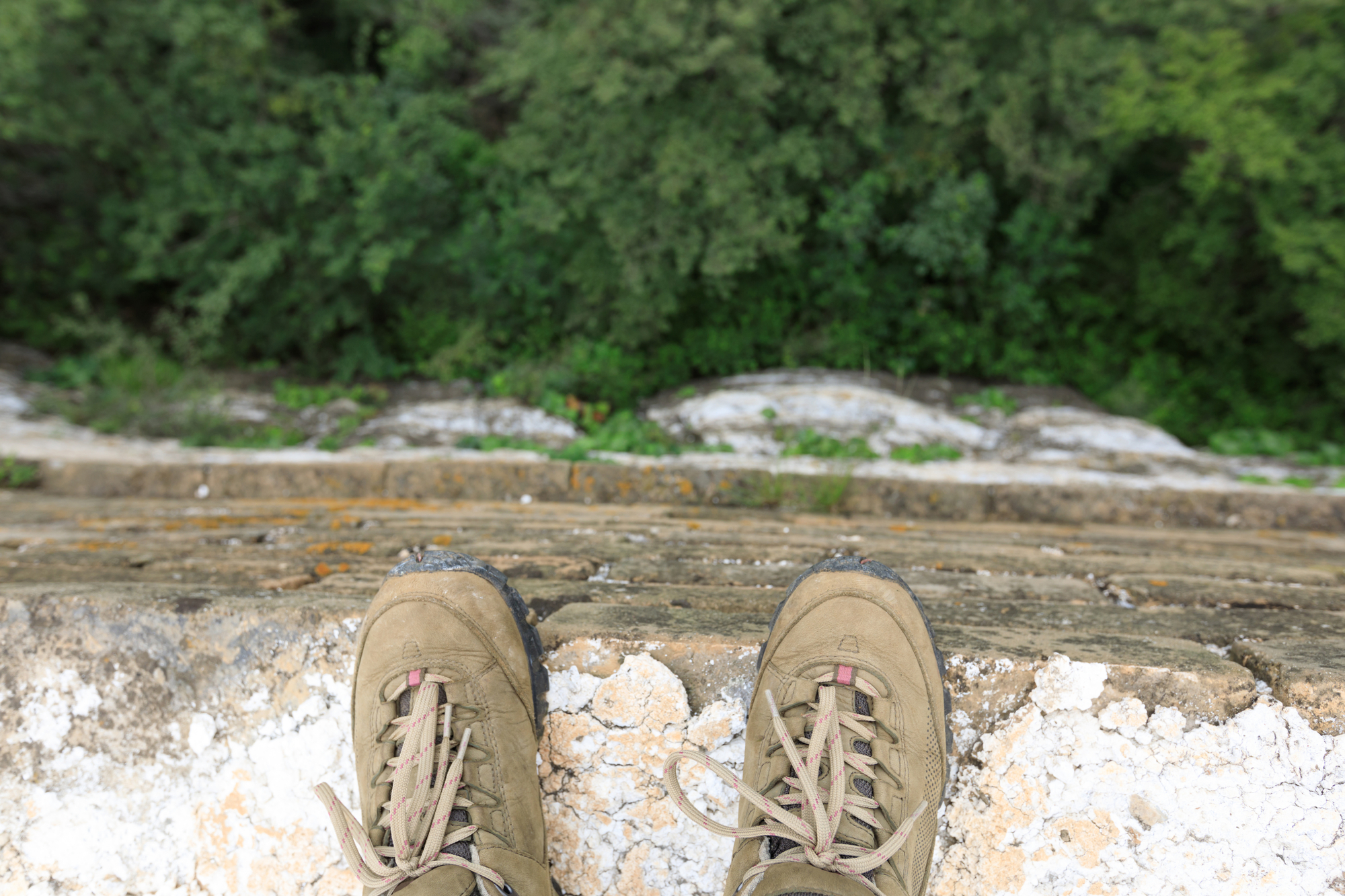 3 Difficulties Faced, 5 Reasons to Hope, and 3 Next Steps

As well prepared as our team came into the FedRAMP certification process, we could never have been prepared for the difficulty of navigating the road that is FedRAMP+/DISA certification.

Before making it appear that we are complaining, allow us to clarify that FedRAMP itself has admitted that the process is still too time-consuming and costly for most small businesses. In fact, the FedRAMP expert we hired to initially guide us through this process told us, “You are crazy to try: you might not be able to sustain it financially as a small business and should consider whether this opportunity is worth the risk. By the time you get through the whole process (esp. with the DoD involved), you might not be a business anymore.” At the same time, FedRAMP is an unusual Government organization in how committed it is to improving this—since 2011, there have been many changes for the better. 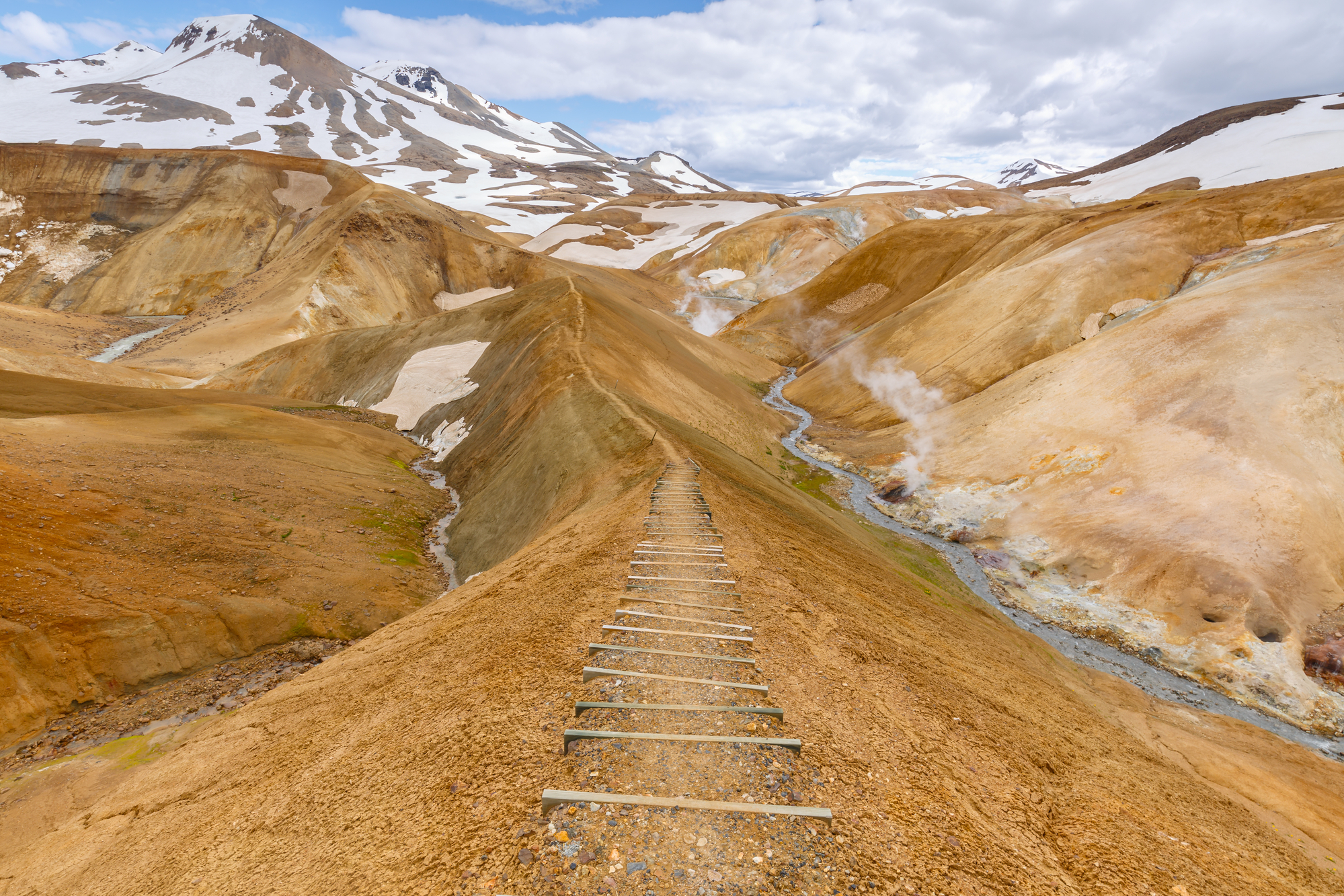 5 Takeaways at the Early Stages of FedRAMP

Why tell our journey of going through FedRAMP?

We’re sharing our story to encourage you regardless of how you’re involved in technology and modernization:

This series of articles will hopefully tell an interesting story and shed some light into the process.

5 Lessons FedRAMP Modeled For Everyone 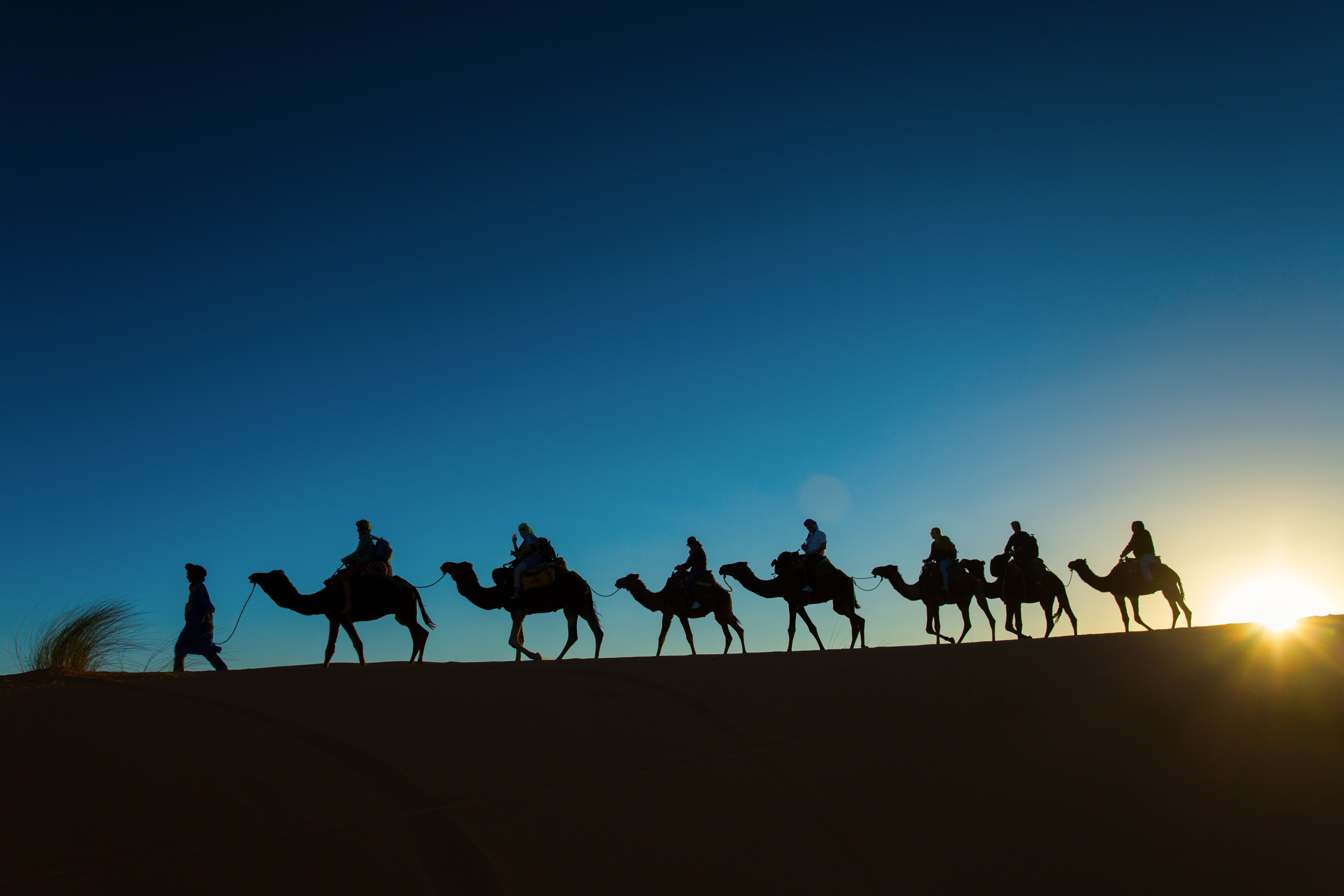 How a Government Agency Set an Example of Transformation

It's become all too common (and usually justified) for private industry to believe that over time, Government programs grow in scope and budget, and not only fail to achieve their goals, but become a hindrance to their stated purpose.

If you scrutinized FedRAMP just a few years after its creation in 2011, you would have come to this same conclusion. Instead of helping Government agencies achieve IT modernization, factors had come together to make the FedRAMP process a bureaucratic morass that was difficult and costly to navigate toward authorization.

It was surprising then that in 2015, the directors of FedRAMP did something unfortunately rare in our industry: they reflected on their program and with brutal honesty admitted that it was failing. This was the first and most important step the in the process of rebuilding the program from the ground up.

It’s because of this bold action that FedRAMP is seeing more and more success in helping agencies move to the cloud and helps FedRAMP stands out as a program that is (if slowly) successfully moving closer to the goal it was created to achieve. 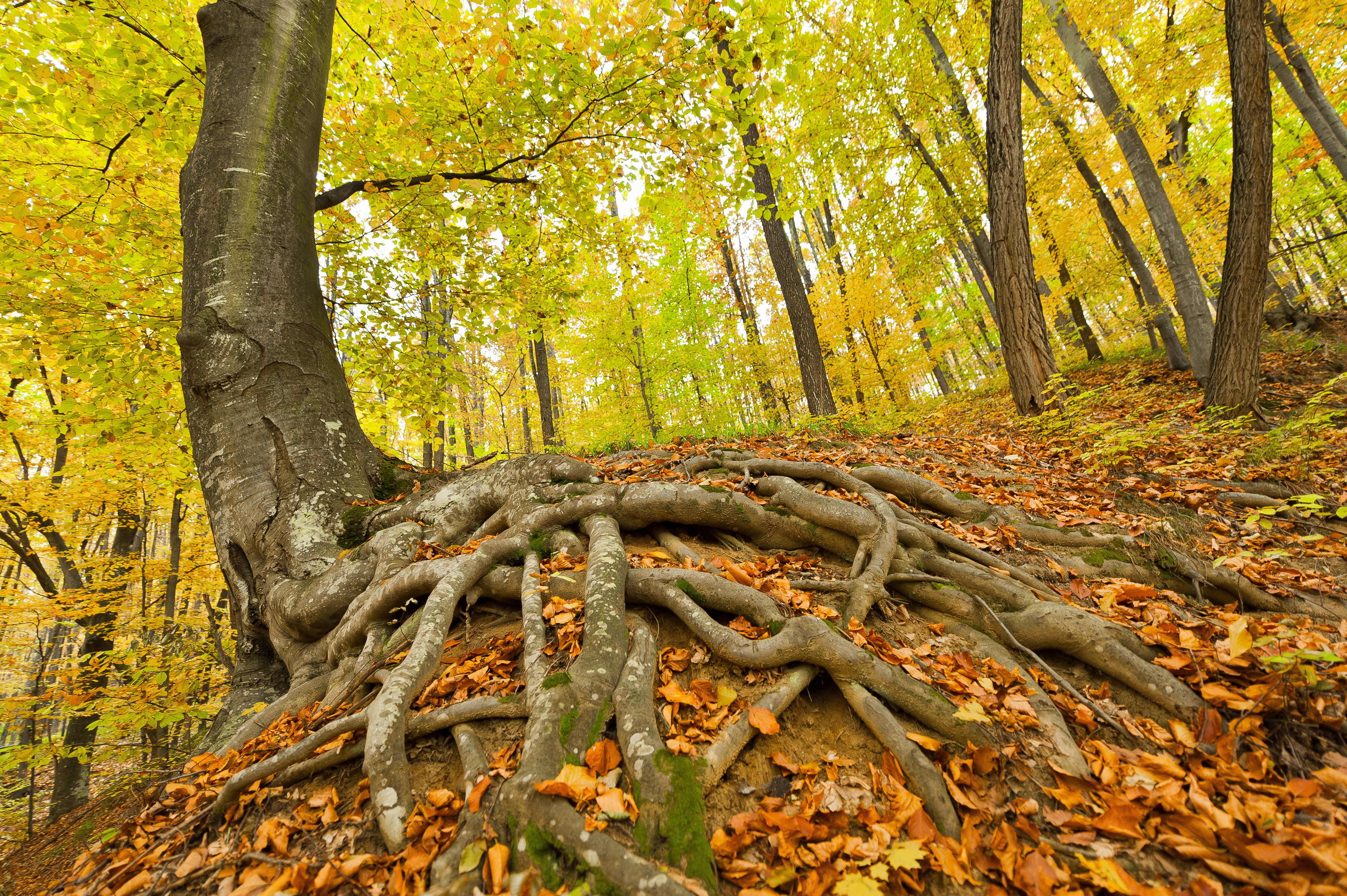 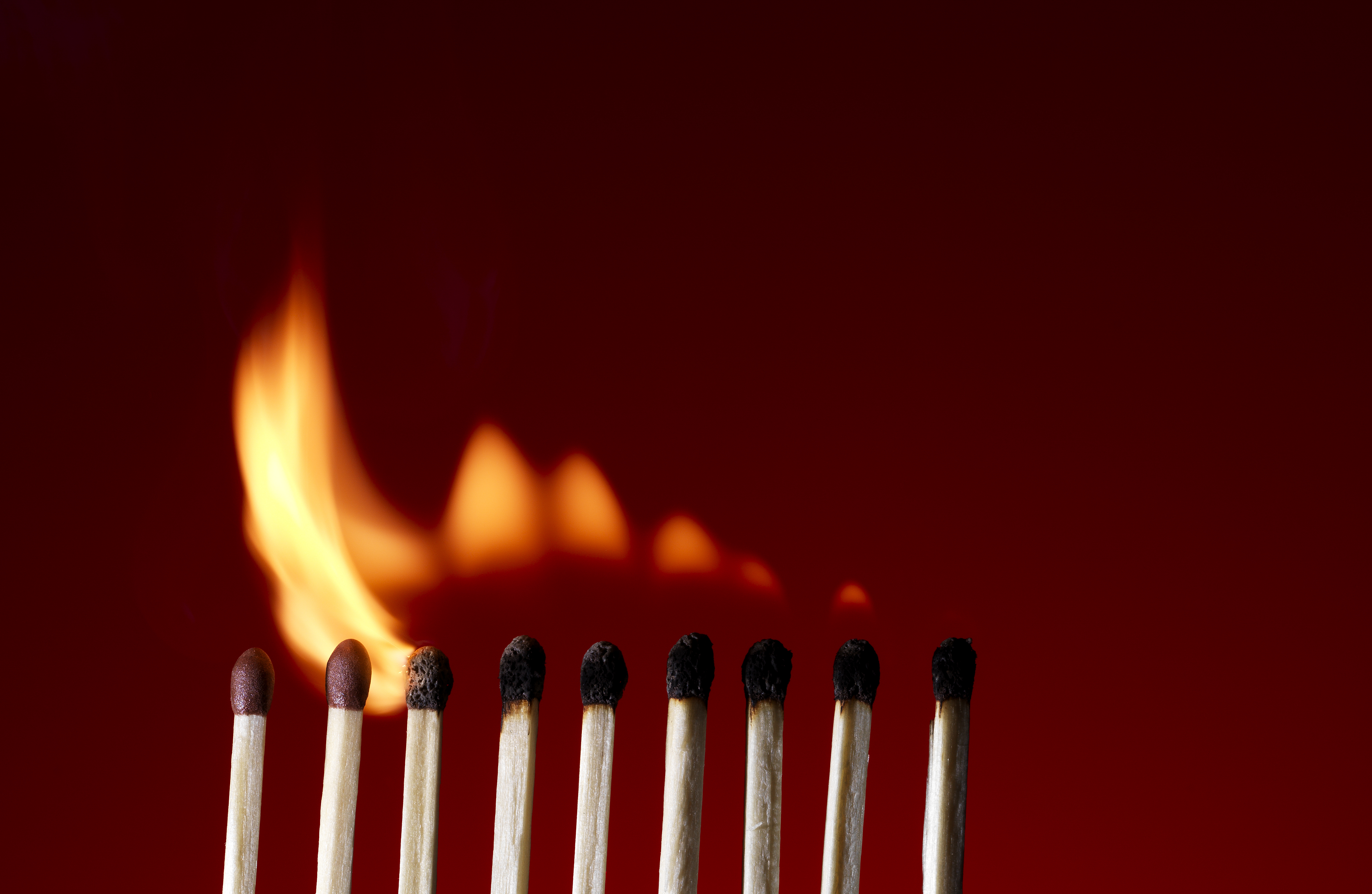 Stage 7 of the 8-Stage Process of Transformation

As we shared in the previous article, short-term wins are vital for the success of a long-term transformation effort. After each victory, it’s important to celebrate the hard work your team has done, yet at the same time, to use that energy to start the next project. Beware of big celebrations, which spread the message “We’ve done it! Everyone can relax now,” because as soon as people begin to believe they have arrived, complacency can begin to creep in, and urgency is lost.

Major transformations take a long time, and there are several factors that can slow down or stall this process:

In a very short time, years of work can be undone. Instead, during Stage 7 of transformation, leaders must do 3 things: 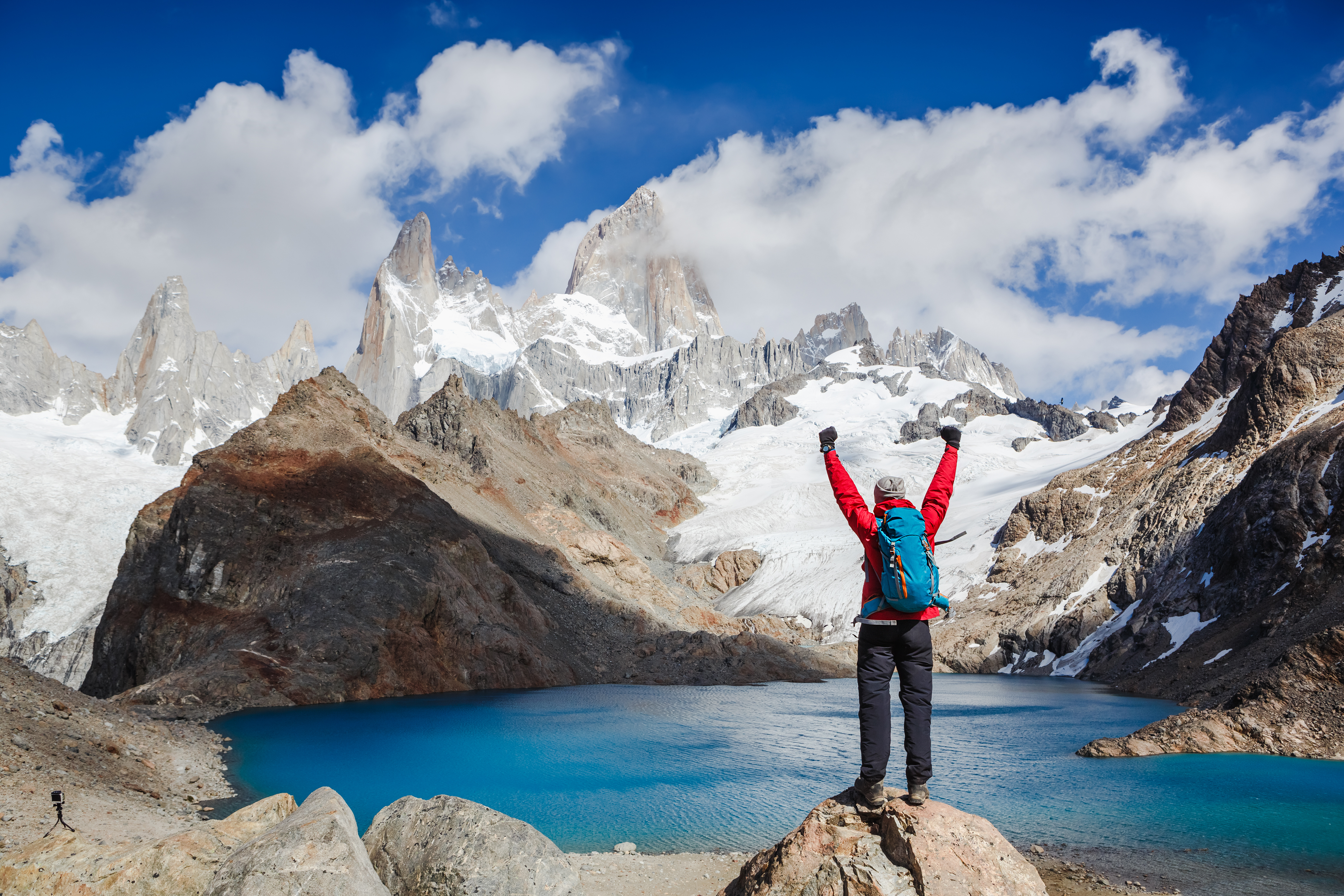 Stage 6 of the 8-Stage Process of Transformation

The primary purpose of the first 6 stages of the transformation process, as developed by John Kotter, is to build up enough momentum to break through the dysfunctional barriers that prevent organizations from change.

When we ignore any of these stages, we put the entire effort at risk. Especially in Government, the process is tenuous and time consuming – it usually takes years to complete. Stage 6 is, in part, a culmination of Stages 1-5, taking all the work together to start making small, measurable changes to the organization.

If you initiate a transformation effort for your Agency, from the beginning you will get a few zealous believers in your vision, who will be willing to stay the course no matter how long it takes. For everyone else, however, the effort will need to provide measurable performance improvements along the way, showing that the effort is moving your organization in the right direction.

Empowering a Base of Supporters 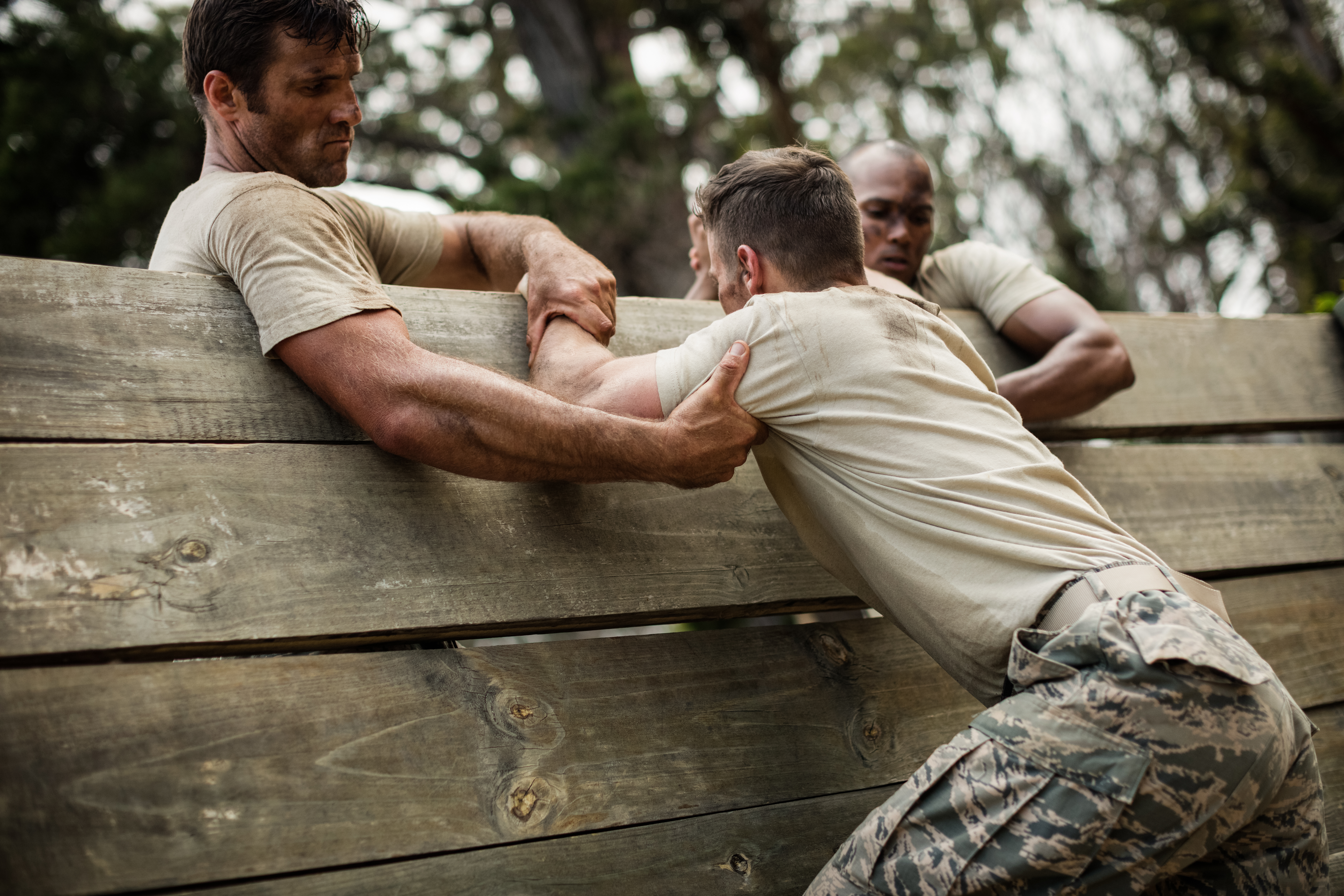 Stage 5 of the 8-Stage Process of Transformation

Empowering a Broad Base of Supporters

A major transformation effort cannot succeed without broad support, in attitude and in action, across your organization. In order to get this support, people need to be inspired by the vision and empowered by leadership – in this case, “empowered” means that employees feel capable of helping, that their help is needed, and that organization structures, systems, and supervisors are also in alignment with the vision.

Stages 1-4 of a transformation effort are:

These four stages can inspire people to support the transformation effort, but there are numerous obstacles that can still block them from having the power to do so.

In this article, we summarize Stage 5 of John Kotter’s Leading Change, sharing how leadership can remove these obstacles and enable the people in their organization to give vital support needed for success.